Data from two studies reporting results from clinical studies with IntegraGen’s miR-31-3p biomarker is scheduled to be presented during the 51st Annual Meeting of the American Society of Clinical Oncology (ASCO) being held in Chicago on May 29 through June 2, 2015.

The first study will report results from research conducted in cooperation with investigators from the PICCOLO study. This study was designed to validate the oncology biomarker hsa-miR-31-3p, a microRNA whose expression has been shown to be a predictor of progression free survival (PFS) in patients with metastatic colorectal cancer (mCRC) treated with anti-EGFR therapy. The PICCOLO study is a randomized clinical trial comparing irinotecan alone to irinotecan in combination with panitumumab, an anti-EGFR antibody, in 460 KRAS wild-type mCRC patients who progressed after receiving fluoropyrimidine treatment with or without oxaliplatin.

The second study is an analysis of additional data from the New EPOC study and builds upon data which was presented during the 2014 ASCO meeting that demonstrated miR-31-3p iwas predictive of cetuximab effects in wild-type (WT) KRAS metastatic colorectal cancer (mCRC) patients. The data presented was based on a post-hoc analysis of patients enrolled in theNew EPOC phase III trial who were randomized to receive chemotherapy alone or chemotherapy plus cetuximab before and after resection of colorectal liver metastasis. 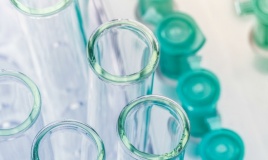