IntegraGen announced today that it presented data on the company’s proprietary miR-31 microRNA biomarkers during the European Society of Medical Oncology (ESMO) 2018 Annual Congress being held in Munich, Germany (link). The study, entitled “miR-31 as a prognostic and predictive marker of disease-free survival (DFS) in resected stage III colon cancer: a retrospective analysis of the PETACC-8 trial,” was based on an analysis of tumor samples from over 1,400 patients enrolled in the PETACC-8 Phase III Clinical Trial.

Key findings from the study included:

“The present study provides additional evidence of the ability of miR-31 to predict response to cetuximab therapy in patients with colorectal cancer,” stated Severine Martin-Lannerée, PhD, R&D project leader at IntegraGen and co-author of the study. “While our previous studies with these biomarkers focused on patients with advanced stage metastatic colorectal cancer, this new data demonstrates that low miR-31 expression can identify the potential benefits of adding cetuximab to adjuvant therapy during an earlier stage of colorectal cancer for several subpopulations of patients, potentially expanding the clinical application of this marker.” 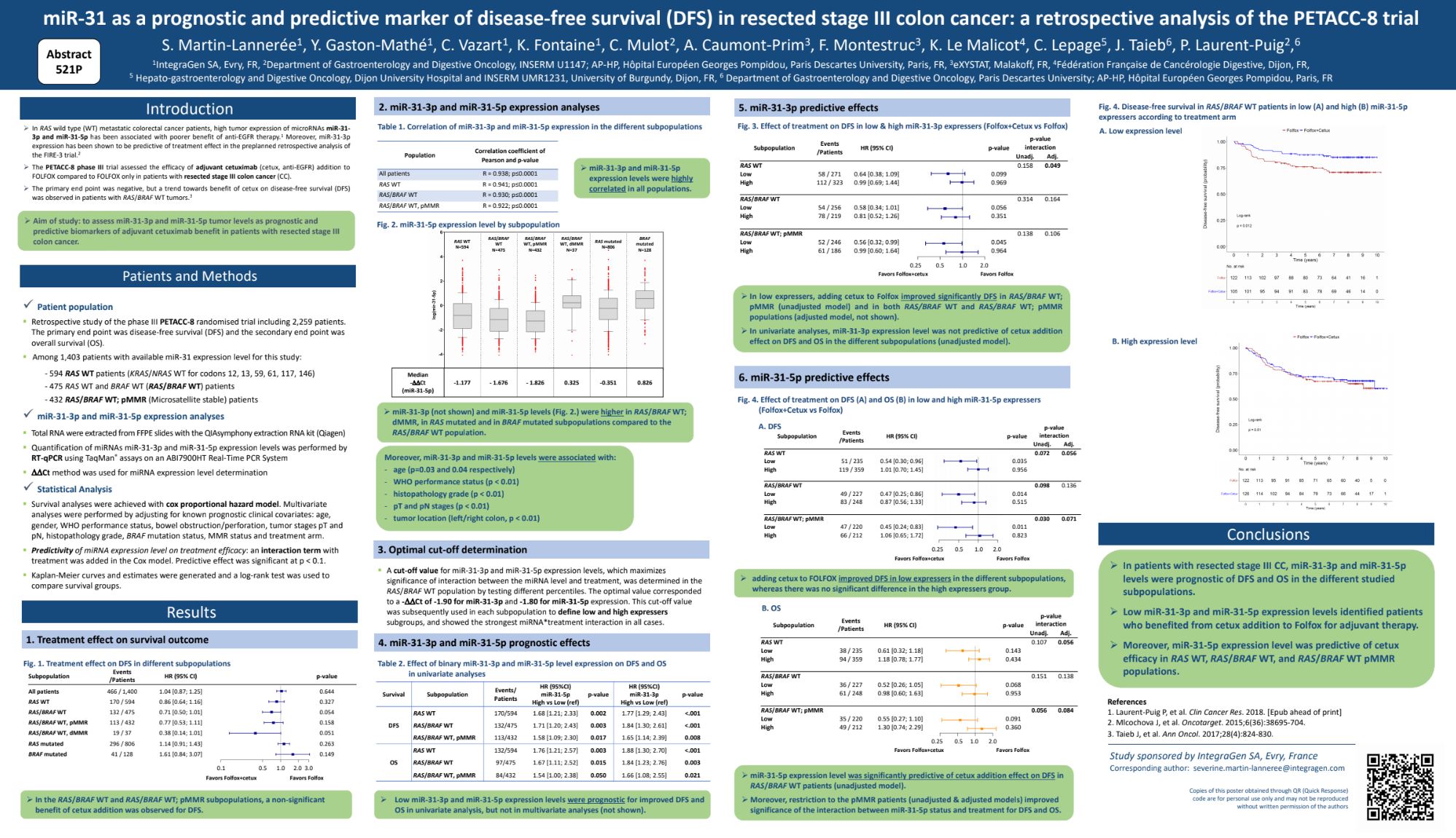